The Avio Winery Cooperative was founded in 1957 by a group of brave farmers, who, driven by innovative and cooperative thinking, effectively intervened to control the strong speculation that a few monopsonists in the wine industry had created and that was generating poverty and uncertainty.
The strong drive to change was born in the Fifties, but the abundant harvest of 1956 accelerated and boosted the strong wind of change that arose in the valley. At that time, the farmers of Mori, Ala and Avio founded their cooperative wineries with the support of the priests and the most educated people of their respective communities.
The promoting committee of the winery appointed at the beginning was constituted only by five individuals and subsequently included also representatives from the hamlets in the Avio municipality. The members of committee, after numerous meetings and many difficulties, on February 13, 1957 convened the first Constituent Assembly, which approved the Articles of Association that to date still set forth the guidelines for the Directors who, with care and dedication, follow it. The first appointed Chairman was Mr. FRANCESCO STORTI, who led the cooperative until April 1980.
The members who attended the first appointment were 171 and at that time, 24,000 quintals of grapes were crushed. The cooperative, year after year, became larger and more important and to date it boasts 500 members with a production of about 110,000 quintals of grapes.


The Avio Winery Cooperative produces its wines at two major plants: one in the heart of Vallagarina, where it was founded, and the other in Caprino, in the area of ​​Bardolino, where it developed. The Avio Winery Cooperative was completely renovated in recent years, with specific regards to the premises and oenological equipment. A large and modern crushing area was set up where efficient technological equipment allows operators to work 8 million tons of grapes per day. The area is temperature controlled and the must processing and fermentation occur in stainless steel tanks. Even the winery itself, built by the founding members, was completely renovated. The tanks in reinforced concrete were coated with special resins and they are still used to mature our wines.
In the heart of the winery, the barrel cellar is on display. Our most important wines are refined and aged in barrels from Slavonia as well as in French oak casks.
All the processing stages from grapes to wine are managed according to the most modern standards of production. Our dedicated personnel follow our members with care and dedication from vine cutting to the bottle. This is the only way to achieve the highest quality objectives that the cooperative set since 1957.

The Caprino Winery, located in a lovely Morainic valley, is a small and tidy plant, where the grapes that our members of the area process until the vinification is completed. 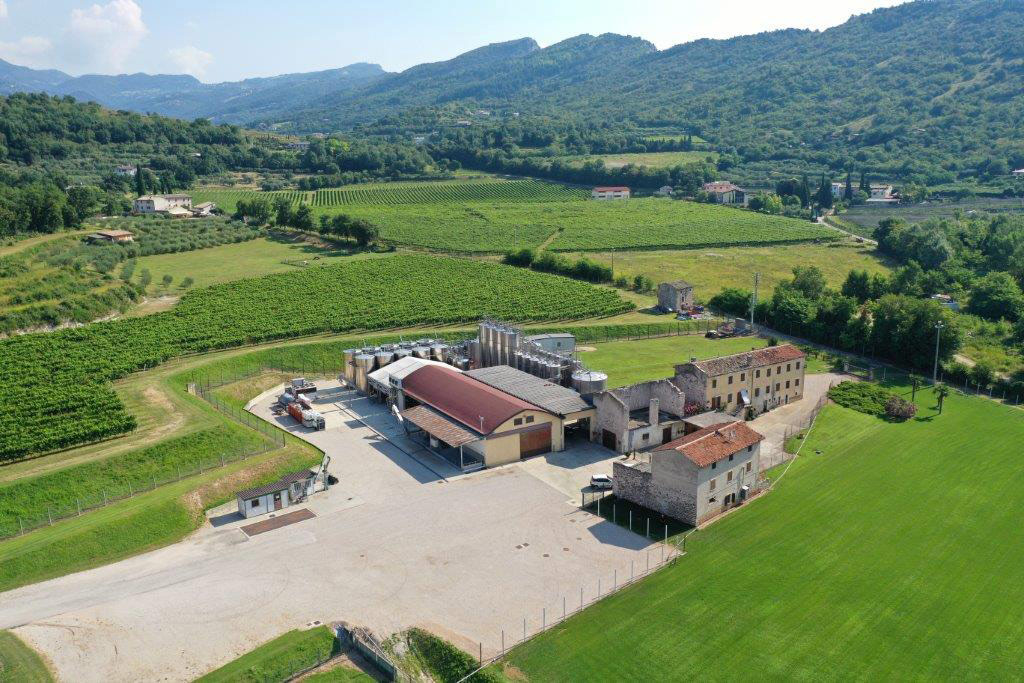